From increasing costs to high competition, pubs are facing multiple challenges. But they can survive and thrive if they adapt and improve the following efficiencies.

Have you spent recent months (or maybe years) watching local after local struggle and then disappear? Perhaps you’ve seen some turn over hands to a new owner, but many have not been so lucky.

According to the Market Growth Monitor from CGA and AlixPartners report, there are 3,116 less licensed premises in the UK than there were a year earlier. With the loss of these pubs we see little bits of culture and community go with them.

This is an issue that the people of the UK are (and should be) invested in. A lobby movement like Long Live the Local is huge evidence of that.

Many of these gathering places have existed for hundreds of years. So why aren’t they withstanding the current market forces?

1. Costs keep going up and up and up…

Real estate, maintenance, bills, taxes, labour, food, alcohol…the costs for all of these elements that make up the running of a pub just keep rising. From struggles with exchange rates to increased labour costs in the UK, these new prices don’t seem to be going anywhere but up.

There’s a new generation of pub-goers dominating the scene (hi there, millennials), and they want something a little different. Largely in the form of fresh, healthier, high quality foods to go along with their (likely craft) pint. The days of slinging plate after plate of mediocre fish and chips and overcooked roasts are dying a rather rapid death.

3. Diverse experiences are more accessible than ever

Let’s look at the fact that the majority of pub patrons these days have experienced a more diverse range of cultural and hospitality experiences. They’ve visited European countries by the handful, they’ve been to America (and brought home a taste for smoked meat and bourbon), Iceland is on their list, and they know where to find the best (cheap) noodles the capital has on offer. Can you compete with these experiences? Can you say you’re actually trying?

The kitchen might be a bit dirty and run down, but who cares, right? Uh, actually, everyone gets to care now. With the introduction of mandatory ‘Scores on the Doors’ across the country next year, pubs with questionable food safety practices will likely be under the knife.

This is likely connected to 3. We just have access to so much variety that it causes an environment of fierce competition in hospitality. If your offering is pretty much identical to the 3 other pubs in close proximity you’ll likely struggle to attract footfall.

Scale and character can co-exist

So what’s to be done about the ‘decline’ of the great British pub tradition?

I think we can all agree that there is a unique culture surrounding pubs that can and does compete with any kind of international cuisine or new-fangled trend.

It’s apparent when looking at the larger pub groups, such as Ei Group, Wetherspoons, Fullers and more, that there is an efficiency in scale that just can’t be replicated in single-site pubs. The costs to run a single site are not too far off that of 2, 3 or 4 site operations, and those efficiencies become even more obvious when a brand hits the 10 site mark.

It’s understandable that patrons are concerned when their local is acquired by a large pub group, but it’s more than possible for these larger groups to maintain the unique character of each site, while benefiting from the efficiencies that come with scale.

Where are the efficiencies?

There are plenty of efficiencies that come with being a multi-site pub group. These usually include:

A single site still needs a fair bit of hands-on management, but you can add 2 or 3 new sites without too much more overhead on the operations end of things.

2. Making better use of technology

Many hospitality focussed technologies are geared towards managing multi-site operations and the costs will be reflective of that. As a result they are not really economical (or even that beneficial) for a single site.

Suppliers are more willing to negotiate better deals for larger buyers so the costs to supply each pub in a multi-site operation is lower.

The efficiency of scale isn’t something reserved just for the biggest pub companies. It’s something that you’ll start seeing when you grow past a single site, for all the reasons I’ve mentioned above.

The biggest mistake a pub can make in this environment is to become complacent. If you’re small, but have hopes and plans to grow, you’re probably not one of the pubs that’s getting cut.

Here at Trail we’re privileged to work with growing pub brands, and every new site, award and funding round is reassurance that Britain still believes in the great British pub tradition. It may not look exactly the way it did a hundred years ago, or a hundred before that, but we’re ok with that.

We think it’s possible and beneficial to hold on to the culture and community of the local pub, while embracing the technology and operational efficiencies that come with the changing environment in hospitality.

Ready to see how Trail can support your plans for growth and help you run a more efficient pub group? Let’s talk.

Bars and restaurants outside of London lead UK hospitality recovery

Back of House Hospitality Software Guide 2022 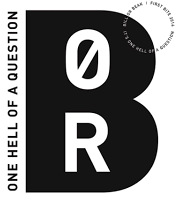 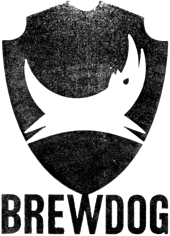